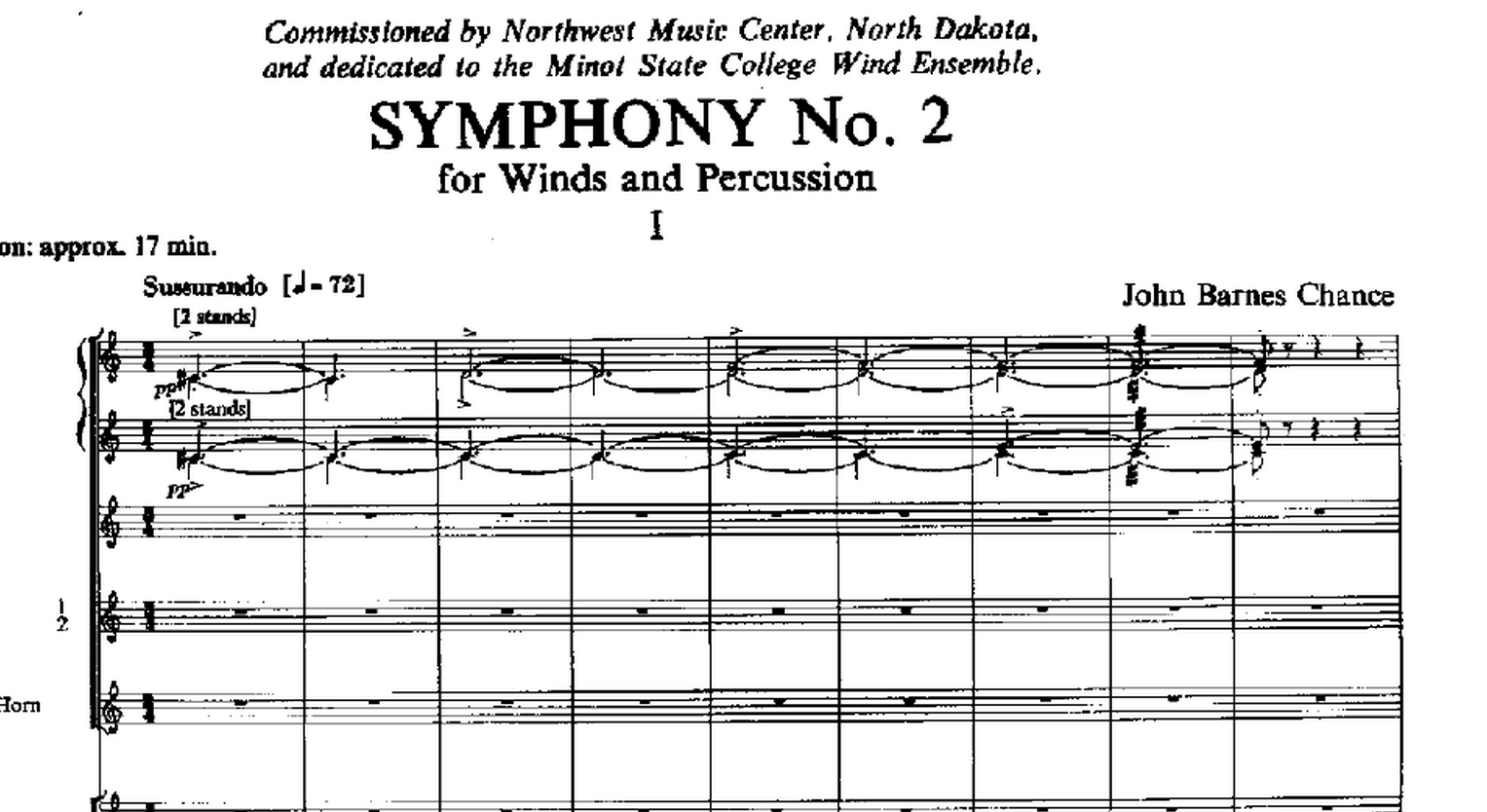 Born in Beaumont, Texas in 1932, John Barnes Chance has written several of the most frequently played compositions for secondary school bands today. Remarkably gifted at a young age, Chance premiered his first symphony before his high school graduation. He attended The University of Texas for both undergraduate and graduate degrees, where he studied with the well-known American composer, Clifton Williams. After the completion of his academic training, Chance played timpani for the Austin Symphony Orchestra and completed a tour with the Eighth United States Army Band. Serving in South Korea provided inspiration to write one of his most famous works for band, Variations on a Korean Folk Song. Later in life, Chance joined the faculty of the University of Kentucky, where he served as chair of the theory and composition program. In 1972, Chance’s promising career was cut short when he suffered from cardiac arrest after a tent pole accidentally contacted an electrified fence in his backyard. He died at age 40.

The UGA Symphonic Band is excited to present Chance’s Symphony No. 2 in concert this evening. The work’s conception stemmed from a compositional challenge between Chance and his teacher, Clifton Williams. Both agreed to write works centered around four pitches: C-sharp, D, F, and E. After a first draft was completed, Chance mailed a recording to his teacher. As no work exists in Williams’s repertoire based on these four pitches, it is likely he lost interest in the compositional challenge and informally surrendered. A commission on behalf of the Minot State College Wind Ensemble funded the work’s completion; after expansion into a several movements, Chance considered the composition complete, ten years after its initial draft.

Chance died before ever hearing a performance of his Symphony No. 2.

Let me know if you use the above note! Email me here. (A citation would be great too!)